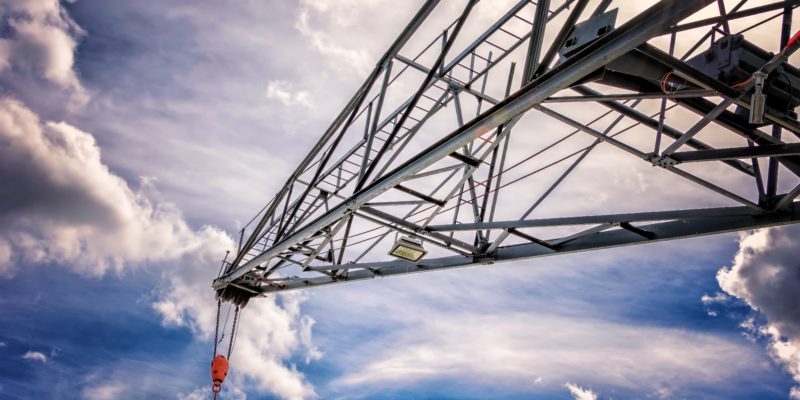 The pressure is on for construction companies large and small right now – and for their sub-contractors and suppliers.

Business news channels are alive with stories of finance and retention payments-related cataclysms, such as the Matrix Homes receivership and the circa $30 million owed to Orange H Group creditors, to name but two.

In turn, this will no doubt cause a cash flow crisis – or worse – for supply chains as companies from the biggest downwards struggle.

But is this pain avoidable? If you know that your retentions are on trust, then yes. Otherwise, disaster could be just around the corner…

In an article we published in November 2016 on the Construction Contracts Amendment Act 2015 (CCA 2015) and the new retentions regime, we expressed hope that the then-new requirement for companies that deduct retentions to hold the monies on trust in the form of cash or other liquid assets,  readily converted into cash and properly accounted for, could be the catalyst for an evolution of traditional contract agreements.

We applauded the Government for taking strong steps to make the Act law and put a new regime in place so retentions would be held in trust to protect contractors and subcontractors.

However, since then so much – and yet, not enough – has changed.

74% of respondents have not asked their customers if their retentions are being held in trust.

Acknowledging that the retentions regime “has had a fundamental and permanent impact on cash resources”, the BDO survey, which was led by partner James McQueen, has spotted that although companies of all sizes have the ability to inspect the trust records at any reasonable time, the vast majority of them have chosen not to exercise it.

Further, for those who did ask to inspect, BDO describes the results as “equally concerning”, revealing that “36% of those who asked to inspect retentions records found at least one customer who was not holding funds in trust or covered by insurance”.
In short, breaking the law.

White Associates’ Director Darin Bayer asks if this is because there is a general assumption out there that ‘everything is ok now’ after the Act came into force – and that Mainzeal couldn’t happen again?

“Have smaller companies, dependent on the goodwill of (and income provided by) their bigger clients, been too afraid to ask to inspect their retentions? Surprisingly, no. BDO discovered that it is not so much about small fish versus big fish. Their survey revealed that 90% of large construction companies and 70% of large subcontractors have failed to ask.”

Why are companies not protecting themselves by checking?

“Firstly, retentions have to be in the form of cash or other liquid assets, and yet not used as working capital. There may be good intentions by companies to manage the liquid assets. However, without strong accounting records and practices in place it could be all-too easy to have insufficient monies available to cover all retentions obligation”

Bayer says that the issue when it comes to a company liquidation for example, is that the liquidator will collect what funds it can. However, if the funds are clearly in trust for the purpose of retentions, they will be protected.

“If companies with retentions withheld from them want to protect themselves, the first step has to be that they need to police their own retentions better, using the powers that exist under the CCA 2015 Act. They need to check that all retentions are being held in accordance with the Acts requirements”

“If it is the case that it is ‘the Kiwi way’ of not wanting to pry into other’s affairs, that is getting in the way here, Directors have to get past that to protect themselves, their companies, employees  and families.”

“To protect themselves and their companies, directors need to ensure monies have been set aside. If the monies are co-mingled or part of working capital, it may be difficult to prove they are held in trust. The best way is to separate them out and ensure they are properly accounted for.”

Bayer says that it should be a simple part of every contract establishment process for the party holding retention monies to set up a retentions account. Then, part of the ongoing contract management process should involve the accounts department contacting the main contractor/client to confirm the retentions are being held in trust, and to check the details of how much is in the account. And another option is to obtain a retentions bond from a reputable surety.

Will it take another significant failure before the industry uses the legislation?

In light of recent events, there may be calls in some quarters for the Government to tighten the current legislation. However, Darin says this course of action will add further compliance costs to a market that already has inflated construction costs in comparison with the rest of the world.

“First we need to ask why the construction industry is not using the provisions of the current legislation to increase the level of protection against the potential loss of retentions monies,” he says.

“If companies aren’t bothering to check now, when legislation is already in place, why would they do so with further legislation? The penalties for non-compliance are significant for company directors withholding retentions – and thus not complying with the CCA Act 2015 – but it appears this message has not got through”

“Sadly though, in our view it will only happen after another major failure – perhaps an instance when sub-contractors don’t get paid and the question is asked ‘how has this happened again?”

Is it time to use the current Construction Contracts Amendments Act 2015 retentions provisions better?