Skip to content
White Associates > News > MARKET UPDATE: Err on the side of caution when it comes to construction contracts 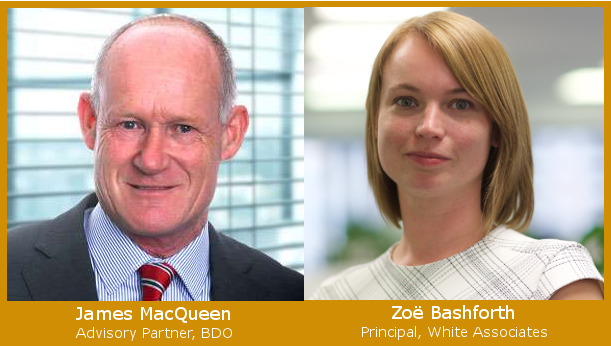 It is the construction industry’s worst kept secret that sub-contractors largely fund activities until they get paid their retentions by contractors.

It should come as no surprise that when changes were made to the Construction Contracts Act in late 2015, everyone from principals to contractors and sub-contractors were left scratching their heads about what the amendments meant in practical terms for projects.

Months on, the ambiguity and uncertainty remains, but as the industry nears the 31 March 2017 date when all retention money must be held in trust, it is now non-negotiable to understand your obligations and the financial requirements of the Act.

The White Associates team recently attended a joint briefing led by James MacQueen (advisory partner, BDO) and Janine Stewart (partner, MinterEllisonRuddWatts). Our clients and peers were invited to get under the skin of what the Construction Contracts Amendment Act 2015 means for New Zealand’s construction industry.

We spoke to Zoё Bashforth (Principal, White Associates) to get her takeaways from the BDO/MERW seminar and to get her views on how clients might use the new regime to win more work and redefine contract agreements.

Sparked by the collapse of Mainzeal, the CCA is intended to protect sub-contractors from going unpaid after a project concludes. It does this by encouraging retention funds to be held in trust by the contractor or principal until they are released to the sub-contractor upon practical completion of the project and fulfilment of its obligations to rectify any defects during the Defects Liability Period, or used for any remediation work in the event that it’s needed.

Sounds simple enough, doesn’t it?  Not so.

“There are several ambiguities in the CCA Amendment 2015, such as whether the obligations will fall on contracts entered into prior to 1st December 2015 and whether it will apply to retentions held up to and including 31st March 2017. This will only be resolved through testing in the court, so it is prudent to err on the side of caution.”

Demonstrate your ability to hold retentions in trust, and win work

As the need to demonstrate the capacity to hold retentions in trust effectively grows in importance, contractors that can demonstrate to potential clients that they can do this will be the ones to secure new work under the new regime.

Because a critical element of the new CCA regime means that sub-contractors can demand proof from the principal or contractor that their retentions are in fact being held in trust, keeping good records and well-structured trust funds is paramount.

The key takeaway here is that in a construction environment characterised by ever-tightening procurement processes, contractors that can demonstrate their ability to hold retentions on trust will be the ones to win work over competitors who can’t prove this.

Preparation and decisions are key

“For us, the key takeaway is being prepared, whether you’re a principal, contractor or sub-contractor (if you further sub-contract out work). Decisions need to be made now, as to the manner in which the retentions are held and mechanisms need to be operational by 1st April 2017.”

Zoë says accounting systems need to be assessed as soon as possible to review whether they have the capability to fulfil the inspection requirements of the new regime and decisions need to be made whether or not to co-mingle funds.

This was a point covered in the briefing, and the general view seems to be that it is advisable to keep retentions in separate funds so that they stand alone and can be easily accounted for and inspected, rather than co-mingling them and ‘muddying the waters’, so to speak, with different retentions being held for multiple sub-contractors or projects.

MacQueen and Stewart countered that principals and contractors should weigh up the burden of setting up separate trust accounts against the risk of non-compliance if you co-mingle those funds and can’t clearly and promptly identify which retention is assigned to which sub-contractor.

A new generation of contract agreements?

The new regime could well be the catalyst for an evolution of traditional contract agreements.

Thanks to BDO and MinterEllisonRuddWatts for the briefing, and to our clients and colleagues who attended the seminar. Click here to find out more information about the Amendment Act, and what it could mean for your current or upcoming construction projects.