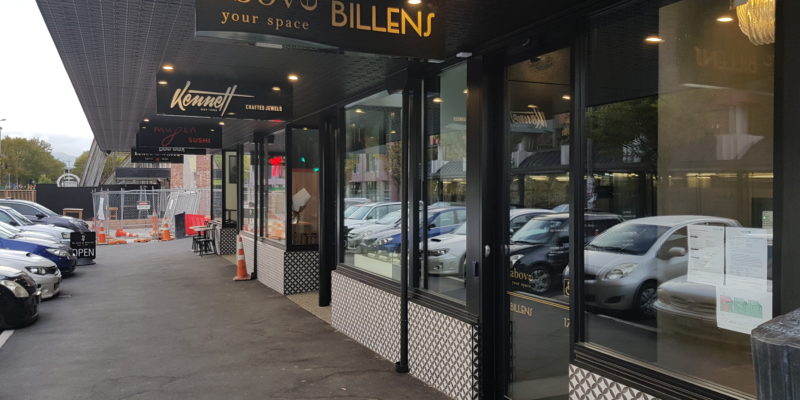 At 177 High Street in Christchurch’s city centre is a magnificent new version of what was once described as one of the most architecturally beautiful buildings in the city.

The historic Billens Building, built in 1906 and originally called England Bros House, was destroyed by arson in 2012 leaving the building, along with the hearts of locals, in ruins.

It had been described as a masterpiece and was a cherished part of the city centre. For that reason, Sean Stockman of the Stockman Group Limited, took it upon himself to restore the old girl to her former glory. Construction was completed earlier this year and the end result has seen Sean and the team that pulled it all together being heralded as heroes by the local community.

White Associates provided bank funding on the development and Director Darin Bayer says the end-result has really struck a chord with locals, and for good reason.

“We have a huge admiration for the Stockman Group’s dedication to celebrating the city’s historic roots. Through their meticulous attention to detail they’ve managed to create a spectacular new, art-deco building that really has that heritage feel.”

“I’ve been involved in construction for 25 years and I’ve never seen a better finish on a commercial building. I was blown away. The contractors, Canform Structures, have done an amazing job.”

“We’re really proud at White Associates to have been involved in such a well-managed and executed project.”

The new Billens Building will have four boutique tenants on the high street while the upper floors will have multiple offices catering for one to five people along with a number of meeting rooms.

Be sure to pay it a visit next time you’re in the area!